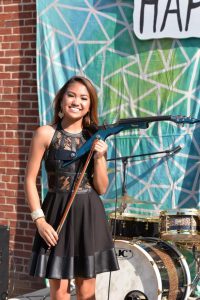 Congratulations to Grace Otley, 2017 recipient of the Coca – Cola Scholars Foundation scholarship. This is the first time since 2003 that a Delaware senior has been awarded this prestigious scholarship. Grace Otley is 1 of 150 recipients, out of a pool of 86,000 applicants and more than 1,900 semifinalists.  As a Coca-Cola Scholar, Grace traveled to Atlanta Georgia earlier this year to attend the Coca-Cola Scholars Banquet and participate in the Leadership Development Institute. This tremendous achievement is indicative of the Grace’s academic and community leadership.

Grace Otley is a 2017 graduate of Cab Calloway School of Arts in Wilmington Delaware and is extremely active in the community. As a friend of PTA, Grace has performed during opening ceremonies for the Delaware PTA Annual Convention for the last several years. With a passion for music, she is a skilled violinist and vocalist, performing regularly throughout the state, including several events at the request of former Delaware First Lady Carla Markell. In addition to her music, Grace was named the 2017 Distinguished Young Women of Delaware representative, this program is part of a national scholarship program that promotes and rewards scholarship, leadership and talent in young women. Grace is also very active in pageants and holds the 2014 titles of Miss Delaware’s Teen and Miss America’s Teen 2014.

Grace was a cheerleader and captain of her squad while at Cab Calloway and a participant in math league and mock trial. She will enter the University of Delaware Honors Program in the fall majoring in communications and business.

Congratulations Grace Otley, Delaware PTA is extremely proud of you!!!

The Coca-Cola Scholars Program Scholarship is an achievement-based scholarship awarded to graduating high school seniors. Students are recognized for their capacity to lead and serve, as well as their commitment to making a significant impact on their schools and communities. 150 Coca-Cola Scholars are selected each year to receive this $20,000 scholarship. 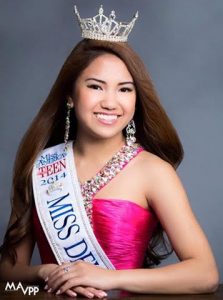 Local PTA Leaders can ask questions and get ideas from the National PTA Membership Committee this Thursday with a Live Q&A on the "PTA Local Leaders" Facebook page. The session will be recorded and posted on the page at it's conclusion ... See MoreSee Less